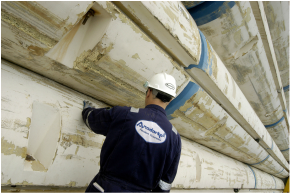 Source: anadarko.com/news
Despite missing analyst expectations for adjusted earnings per share and revenue, Anadarko (NYSE: APC) gave relatively positive guidance considering the current market conditions and price environment. Average price for natural gas, oil and condensates saw slight improvements quarter-over-quarter which led to an increase in sales revenues for both products. However, natural gas sales volumes declined in the third quarter. On this morning’s conference call, management stated that it is not in Anadarko’s best interest to pursue natural gas because it does not provide the same wellhead margin and scalability as oil and condensates.

Management’s investment strategy relies on a recovery of crude prices. While some recent capital investments have been made, these have been offset with executed divestitures, resulting in revenue underperformance. Year-to-date the company’s net proceeds from divestitures were $1.3 billion, with recognized losses of $516 million, the bulk of which were recognized in the third quarter. Management’s guidance for fourth quarter included expected monetization proceeds of $4 billion, which will be used to finance the Freeport acquisition and to redeem debt with maturities in 2017.

On the earnings call management made it clear that the primary focus of capital expenditures will be investments in the DJ and Delaware basins, and the Gulf of Mexico. These projects are expected to result in attractive rates of return. Earlier in September the company announced that it plans to acquire $2 billion of Freeport McMoran’s deepwater assets in the Gulf of Mexico where it expects to double production to approximately 160,000 BOE/day (85% oil). By investing in both the DJ and Delaware basins, management expects to more than double sales-volume growth within 5 years (280 to 600+ MBOE/d). During the third quarter and into October, the company accelerated activities in the DJ Basin (3 rigs) and Delaware (8 rigs) by adding two rigs in each basin, with the expectation of adding additional rigs by the end of the year. Management also continues to investigate opportunities in other locations which have favorable value propositions. For example, Colombia and Mozambique could be areas of future investment given the relatively low-capital intensity of projects in these regions.