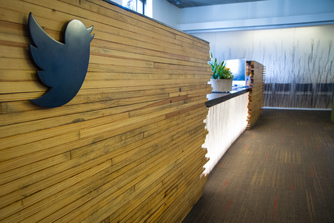 Twitter.com, Aaron Durand
​We have calibrated our Twitter (NYSE:TWTR) Earnings & Valuation Model to meet consensus estimates in preparation for this week’s earnings release.  Here are a few of the items we considered in our model updates:
​
1) New Launches and Revenue Estimates:  There have been a number of developments in consumer products including: 1) Twitter Moments (launched at the end of last quarter), 2) Highlights on Android, 3) music on Vine, 4) web profiles on Periscope, and 5) the removal of the 140-character limit on direct messages.

There have also been some important changes on the advertising side as well including: 1) video auto play which as of 3Q15 decreased advertiser costs per view by 84% and resulted in a video completion increase of seven-times, 2) optimization and bidding enhancements for performance advertisers, which has lowered costs to advertisers by 20% to 30% as of 3Q15, and 3) the launch of a new ad editor which allows advertisers to create and edit multiple campaigns at one time.

The impact of these developments is extremely difficult to translate into earnings forecasts. Our earnings model uses growth rates in Monthly Active Users (MAUs) disaggregated by U.S. and international users, and Average Revenue Per User (ARPU) as the foundation for our revenue estimates. We do not breakout MAUs between mobile and desktop; however, the company has disclosed that mobile activity represents approximately 80% of MAUs and generates approximately 90% of revenue (as of 3Q15). As a result the breakdown is less important than it is for other companies which still derive significant earnings from desktop users such as Facebook.

In our consensus-based earnings model we have set revenue equal to the consensus estimate for the fourth quarter of $710M, which represent the high end of management’s guided range of $695M to $710M. To arrive at this figure we assumed a 1.8% increase in monthly active users (primarily international), and 23% increase in ARPU which is below the 31% sequential increase realized in the fourth quarter of last year. This recognizes the slowing growth rate in Owned and Operated (O&O) revenue.

2) Gross Margin and adjusted EBITDA: We increased gross margin sequentially (consistent with usual seasonality) and included a portion of stock-based compensation which management guided to be between $170M and $180M.

We included $10M of restructuring costs in our operating expense estimates, which represents the mid-point of management’s guided range of $5M to $15M. We then backed these expenses out of our non-GAAP operating margin, EBITDA margin, and diluted EPS estimates.
​
Another important note from the third quarter conference call is that the adjusted EBITDA this quarter will include some 3Q15 charges which were pushed into the fourth quarter. This was part of the reason management’s fourth quarter EBITDA guidance missed expectations at $155M to $175M. We are currently modeling adjusted EBITDA at $163M for 4Q15.

3) Other Assumptions: We kept Interest expense, other income, and provisions for income tax largely unchanged from the third quarter.