Will Anadarko's Asset Acquisitions Payoff  in the Long-Term? 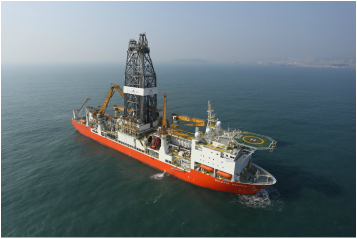 Source: anadarko.com/news Gulf of Mexico Exploration
Last quarter Anadarko (NYSE: APC) achieved several production and sales volume records in some of its important strategic regions on both domestic and international levels. Anadarko's second-quarter sales volumes of natural gas, oil and natural gas liquids (NGLs) totaled 72 million BOE, or an average of 792,000 BOE per day. Investors will be watching closely in tomorrow's third quarter release to see if these trends continue.

Al Walker and Robert Gwin’s confirmed on the 2Q16 earnings call that monetization proceeds will initially go to paying off debt with maturities in 2017; However, in case of improving crude prices scenario, favorable economics, good cash cycle and capabilities, additional capital could be allocated towards the two principal onshore basins of DJ and Delaware. In his prepared remarks, Walker stated that there is a high probability of a sustained $60/bbl crude environment as the company moves into 2017 and this price level should provide the necessary cash margins and result in cash cycle improvements to encourage management to accelerate activity which would drive a return to stronger returns.

Management’s guidance for 3Q16 does not show significant changes in projected production outputs (the U.S. and internationally). Nevertheless, revenue is expected to increase by approximately 14% and adjusted EPS is expected to result in a loss of $0.56 according to the analyst consensus.

On September 12, Anadarko announced a $2B property acquisition which management plans to finance with the net proceeds of $1.9B from the public offering of 35,250,000 shares. The acquisition of Freeport McMoRan’s deepwater Gulf of Mexico assets will double Anadarko’s ownership in the Lucius development to approximately 49%, add ~80,000 BOE/day and is expected to generate $3.0B of incremental Gulf of Mexico FCF over the next five years.
​
Our Consensus-Based Anadarko Earnings Model (Click Here to Download) uses the average selling price per barrel of oil and projections of oil & condensate volume to forecast oil-based earnings, and natural gas prices and volume to project natural gas-based earnings. In addition, the model uses ratio analysis to forecast costs and other income statement line items.
The author of this article has no financial investment or other conflict of interest related to the subject company or other companies discussed. Any views made or implied in this article represent the author’s opinions. Click here to visit Roman's contributor page.
Gutenberg Research is a media and entertainment company. The information presented on our website and within Gutenberg Research models, files, or other content does not represent investment advice. Data and information presented on this website, or on third party websites posted by us, within our models, files, and other content is for demonstration only, and is presented “as is”. Neither Gutenberg Research nor any Gutenberg Research agents or associates are liable for any errors, delays, incompleteness of data presented, or for actions taken based on reliance on any information contained on this website or within Gutenberg Research models or other content. Investors should consult a professional investment adviser prior to making investment decisions. By accessing this site and/or receiving our models or other content you are deemed to have read and agreed to our Terms of Use posted on this website. This website uses Cookies, refer to our Privacy Policy for details. The Gutenberg Research logo is among the registered and unregistered trademarks of Gutenberg Research LLC. © Gutenberg Research LLC 2022. All Rights Reserved.